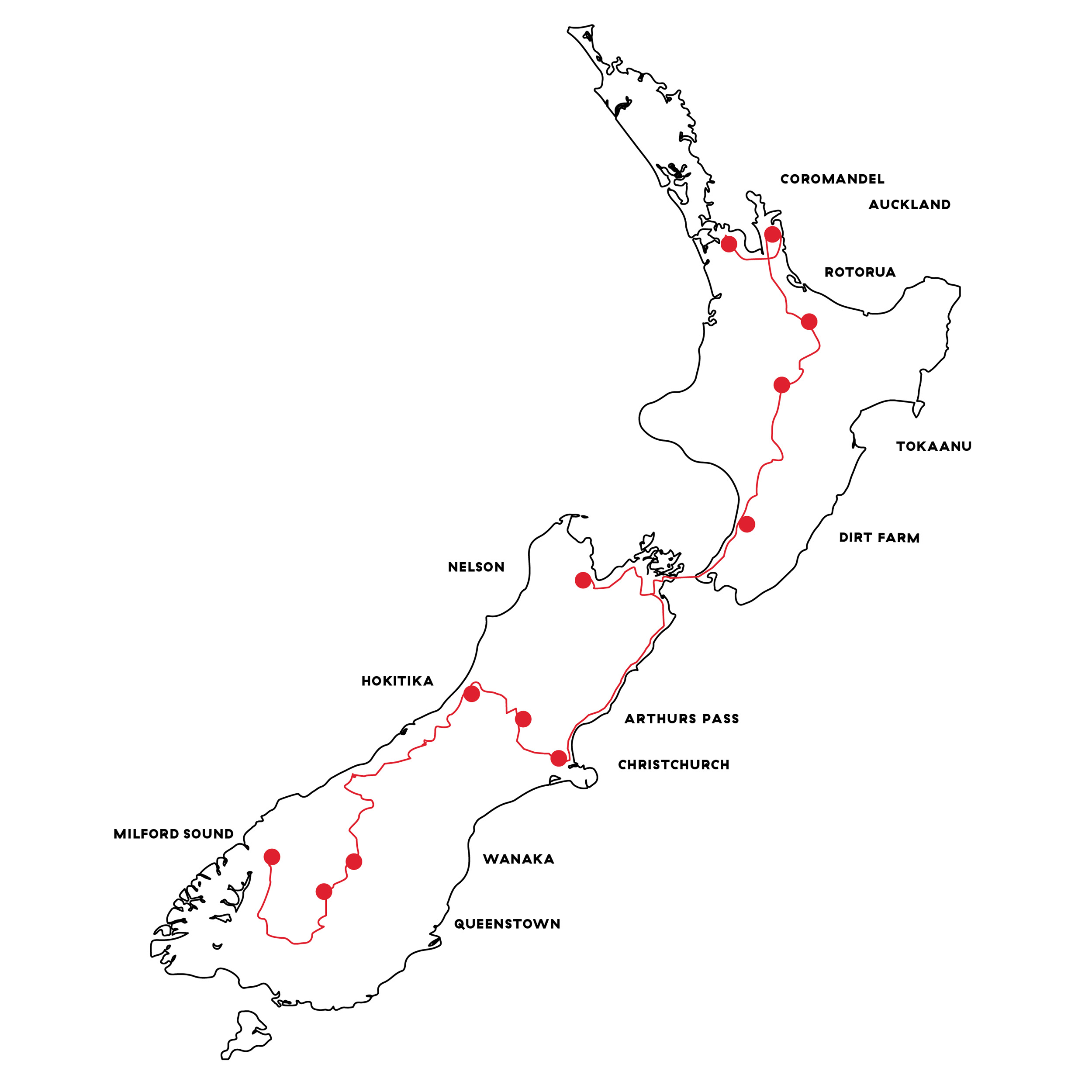 With what felt like a ton of baggage, about 86 hours on planes, 1 1/2 months on 2 summerly islands and around 3400km earlier we landed in Queenstown. A tiny airport between lakes, rivers and in the evening sun glowing mountains - a nostalgic landing scenario which reminded me of Innsbruck, Home. While having to play Tetris with 4 bikes and a small Van for the next 1 1/2 months we were accompanied by the privilege of waking up in a different stunning place in NZ every morning, appreciate every sunrise and "shower" in ice cold rivers. Our roadtrip was quite straight forward, South to North - make it to Crankworx in time, see all the spots along the way and make the most of our time here. Basically a whole lot of riding, filming as well as photographing.

Queenstown - Farmost one of the best places to be on two wheels in New Zealand. Shortly after arriving at 'Wynyard', Tom Hey already caught up with us, shuttled us to the top of DreamTrack and meant "it's all running perfect".

First impression from the back of the Pickup straight into a top to bottom cruise - worked a charm and literally is the dream.

Evenings then were mostly spent at Gorge Road flowing top notch dirtjumps until it's pitch black. world class dirtjumps, that's for sure. 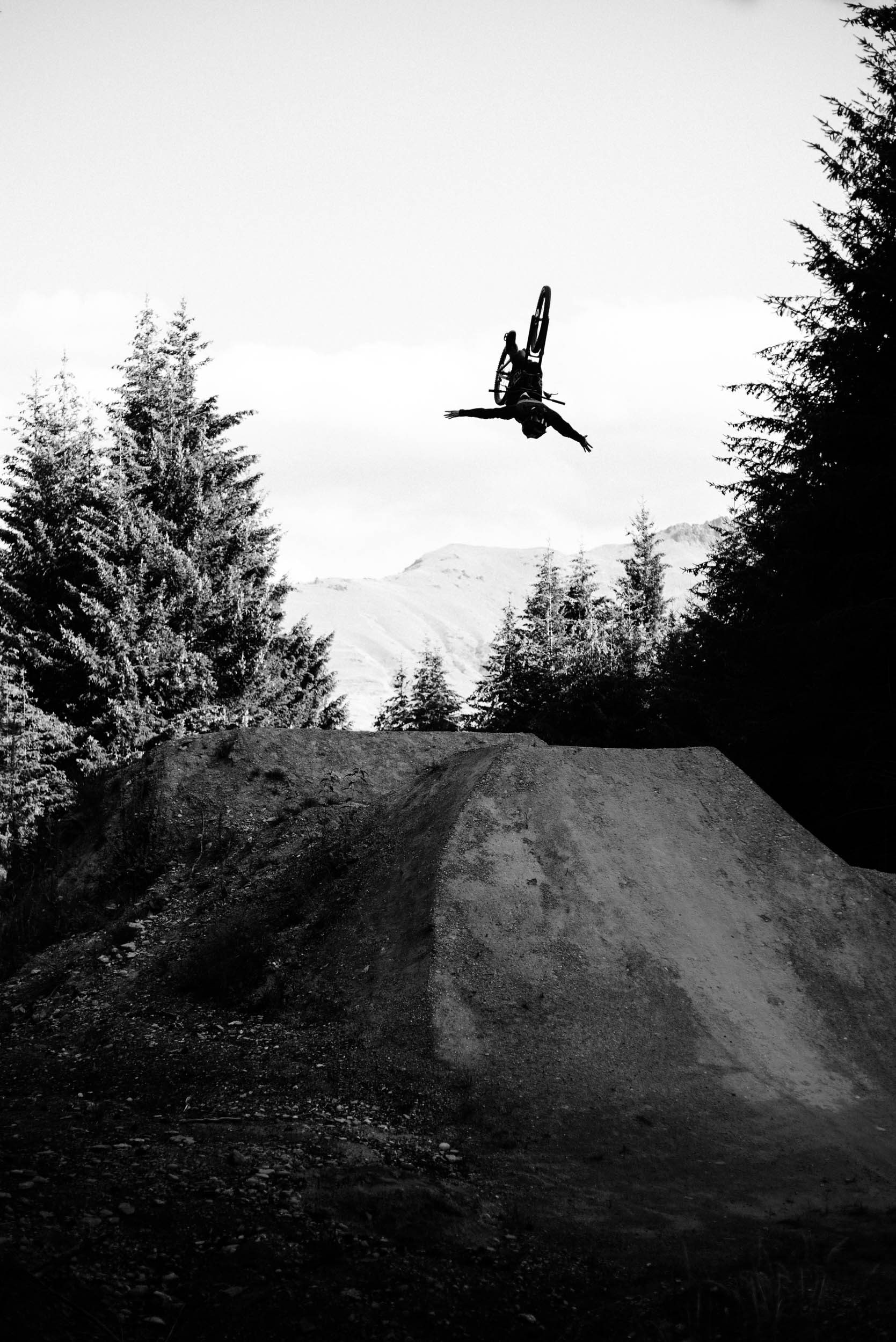 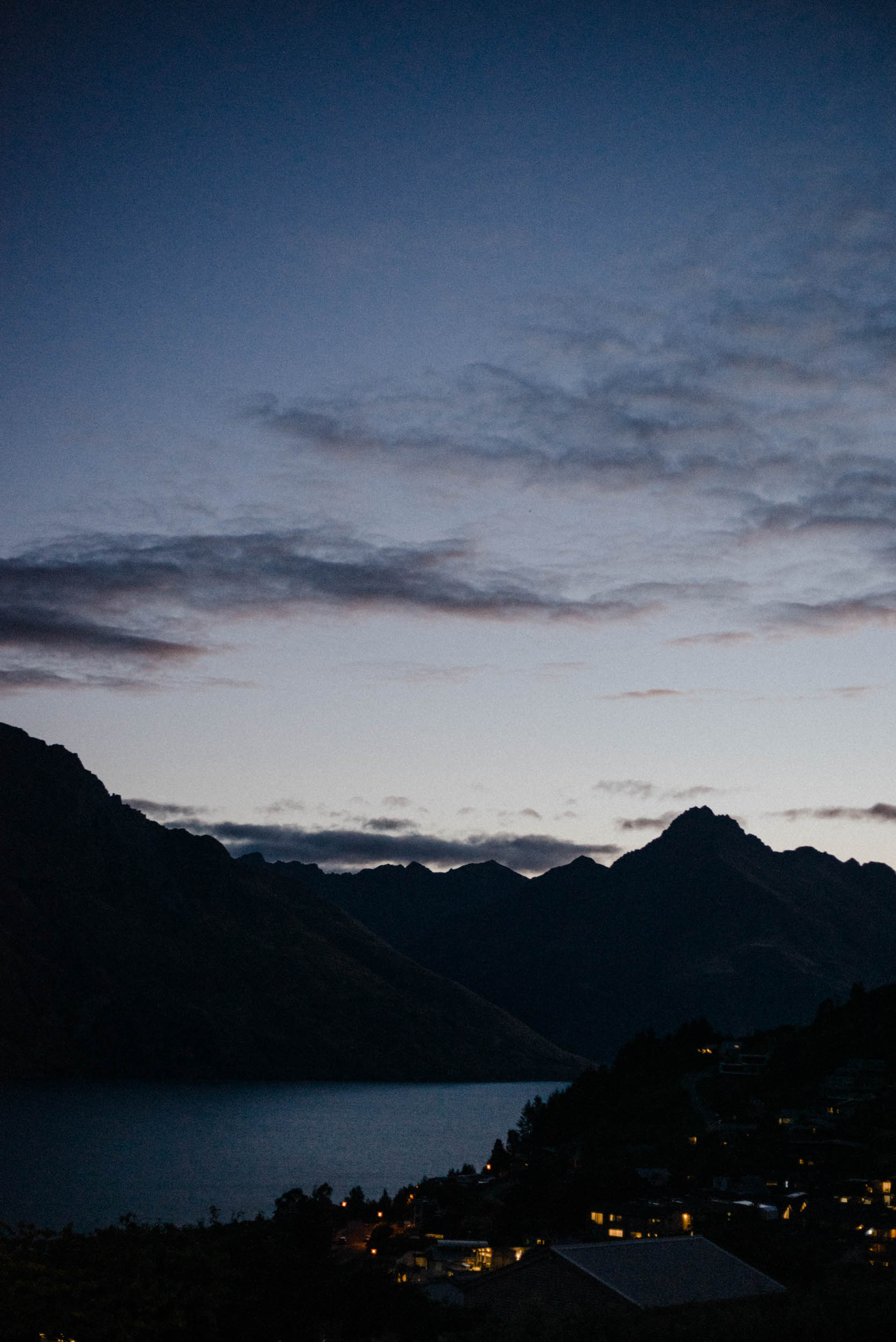 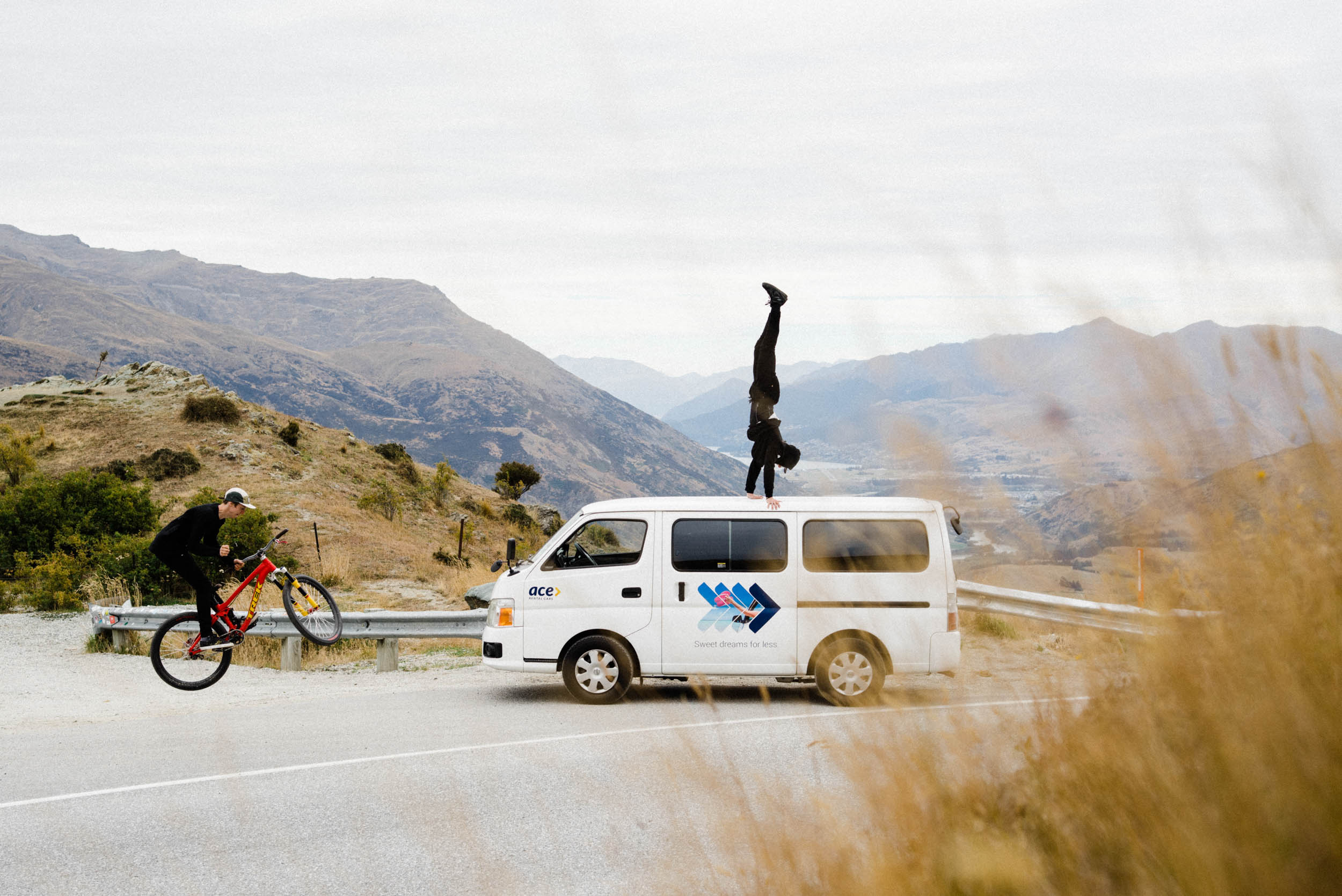 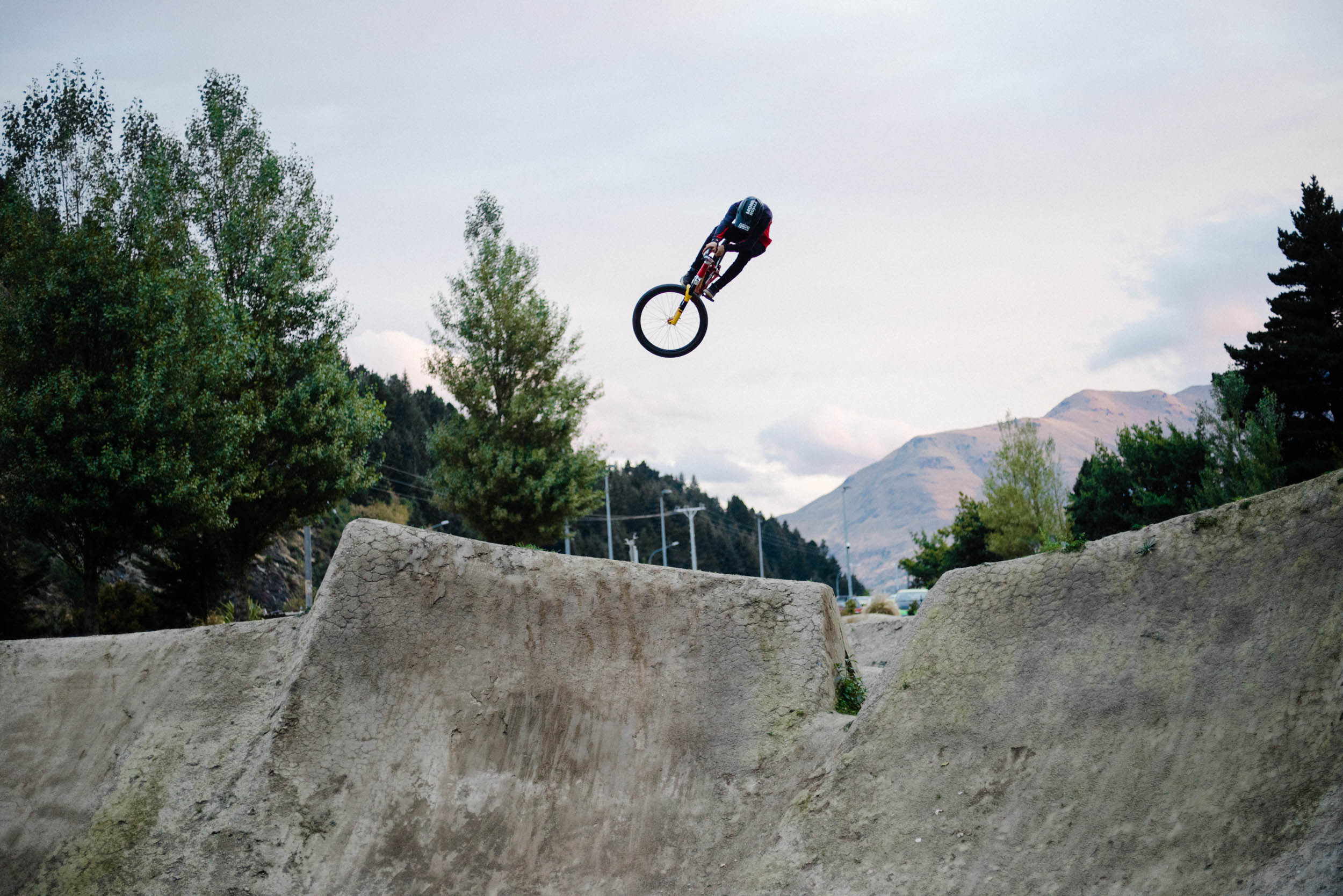 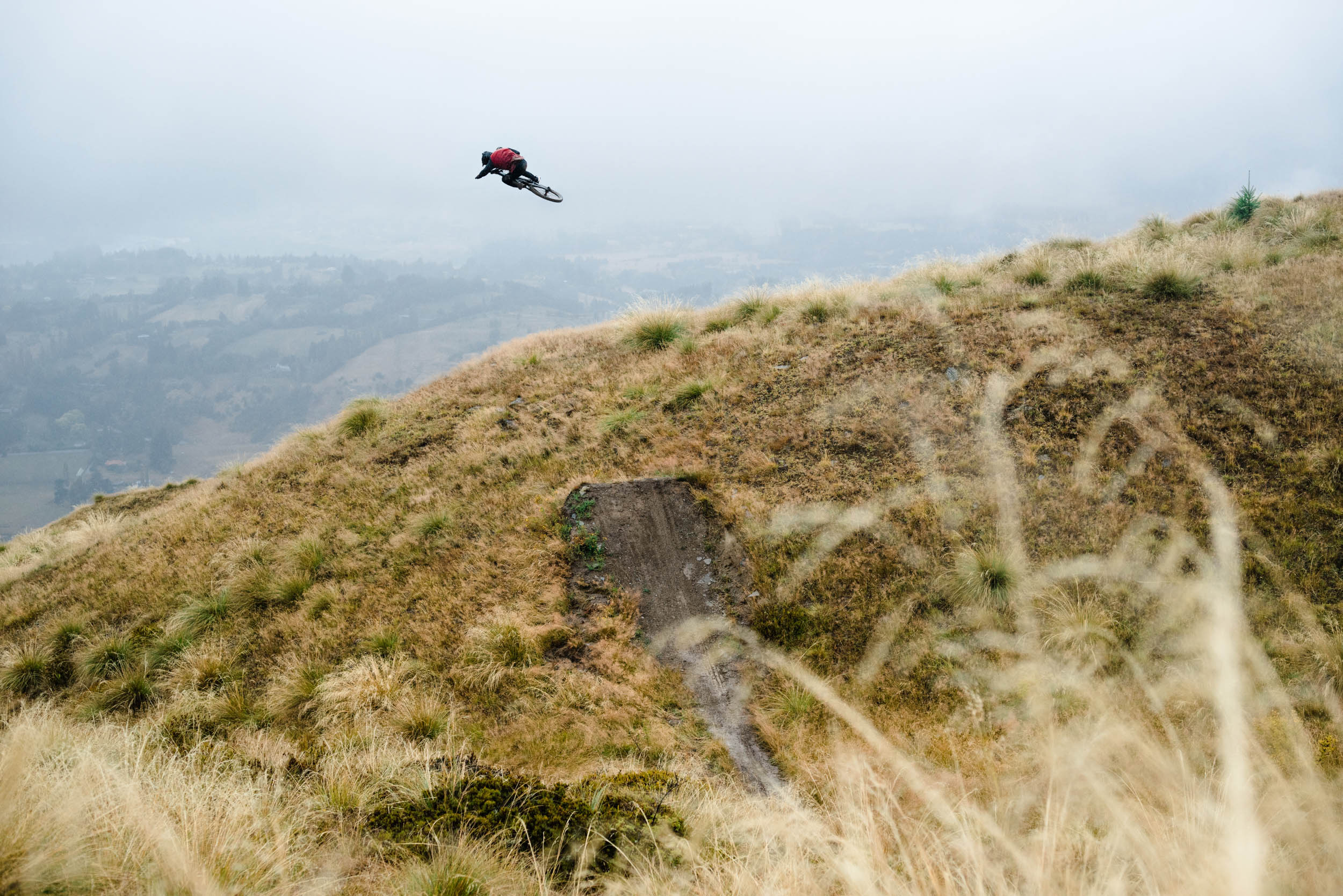 Last Day in Queenstown and it's pouring rain. Jonny: “I'll stay in the Van today.” Nevertheless, shortly after we've then been on the search for the 'McGazza' Hip in the hills behind Queenstown. Found it, shot a couple photos while out in the rain and then straight off to Queenstown's public swimming pool to get warm again. Well before we've tried to shower each other at the gas station to get somewhat close to clean again. Soaking wet plus a couple days of dirt chaos in the Van - definitely worth the session!

Before starting our journey up north we went on a quick two day trip down south to check out the Fjords and get the classic Milford Sound Touri-Selfie. Well it actually is a selfie (selftimer) but sure not the average one. 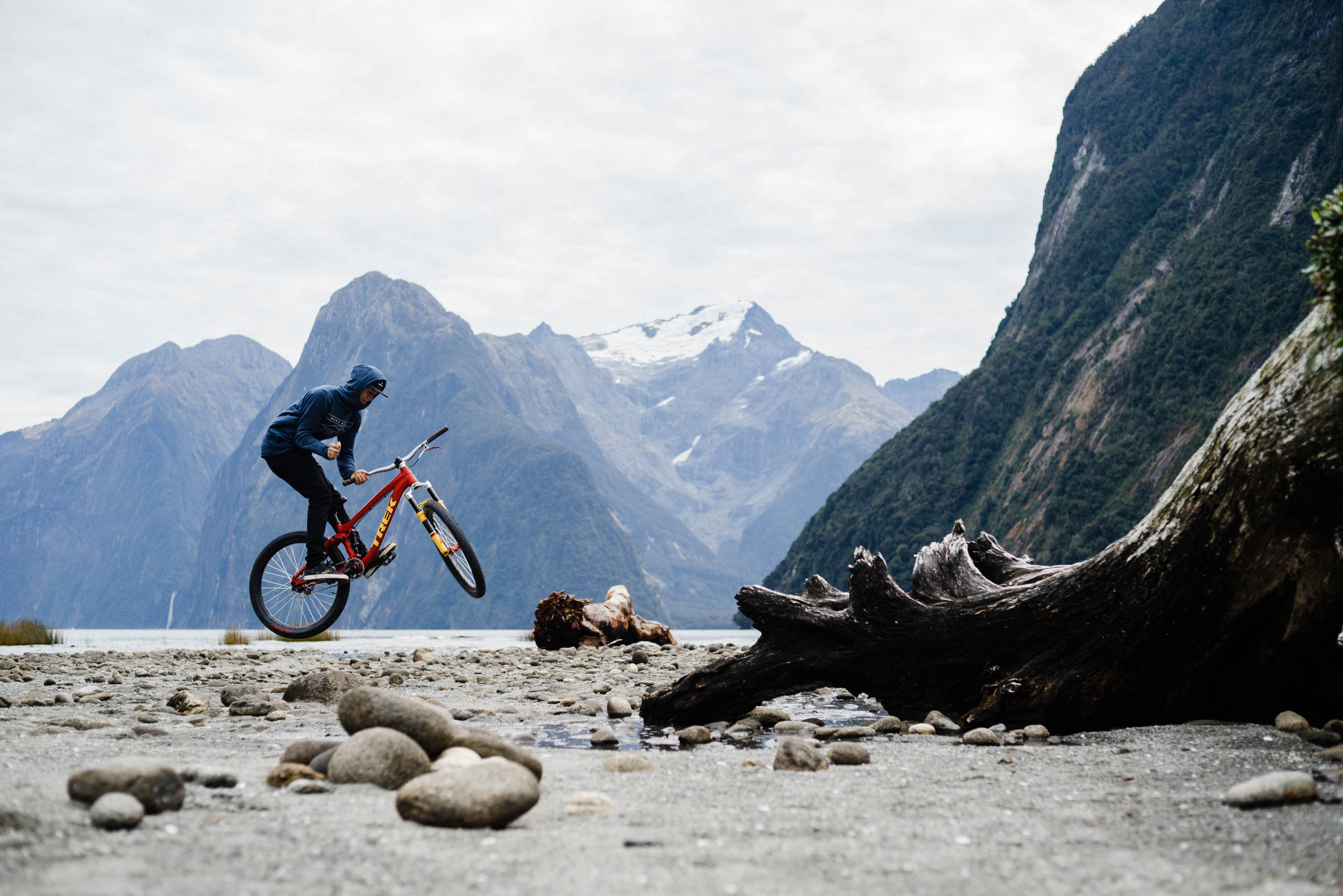 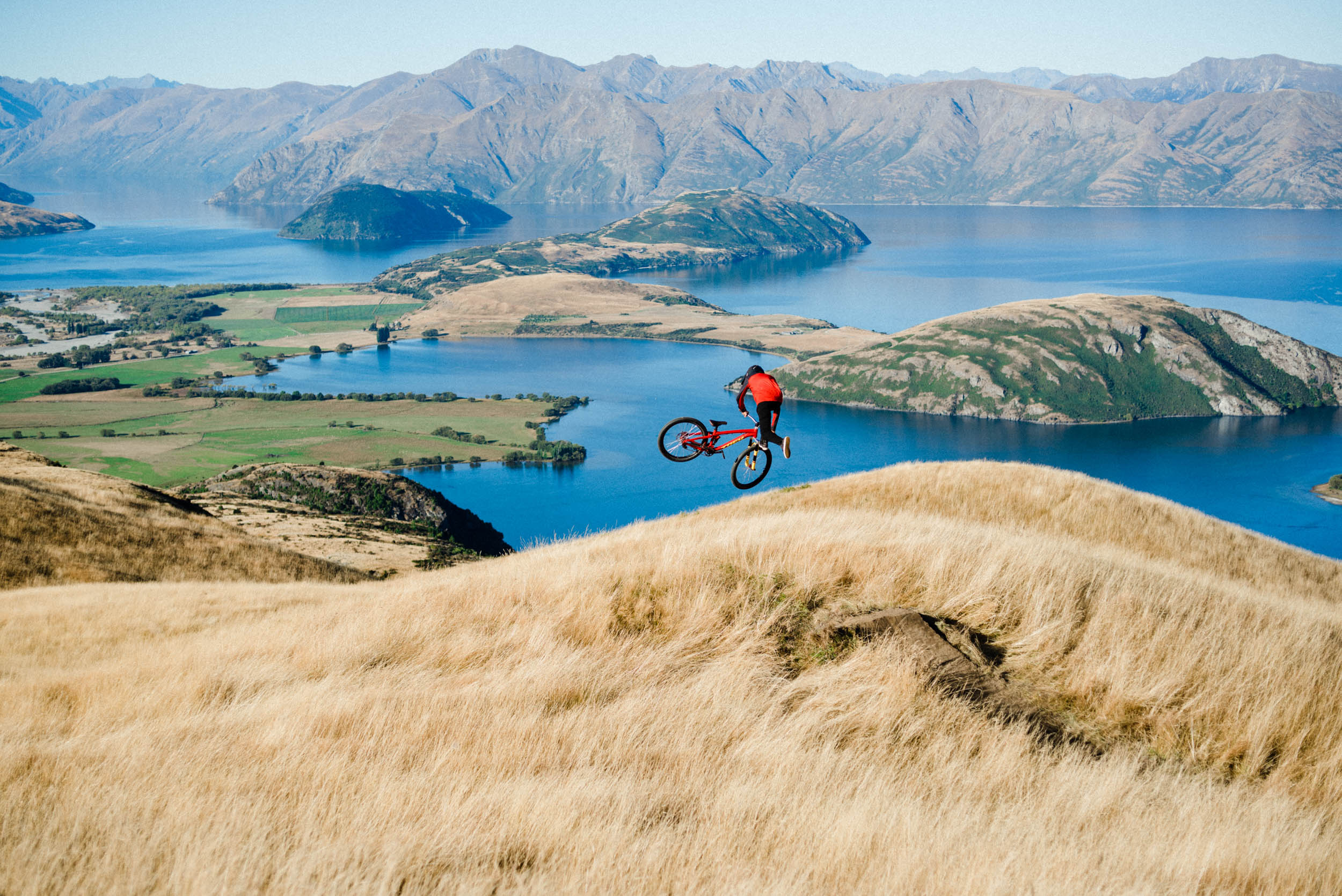 A quick drive from Queenstown over the Crown Range and you already end up in Wanaka - definitely my favourite place in New Zealand. Lakes, Mountains, a small lively town and also a whole bunch of really good trails! We also filmed a commercial for Mons Royale in the Wanaka area and had the privilege of living in the Mons house for a bit! Here in Glendhu we then blasted through the hills on Moto's for a day to find the right spots for the shoot - probably more fun than the actual riding afterwards. Definitely was a treat to see that area and the potential out there. There's now Glendhu Bikepark in that area and obviously a couple months after we've left Semenuk also filmed a video there. Wanaka, a place where you ride trails for breakfast, spent the daytime on the lake wakeboarding and have a good dirtjump session in the evening. 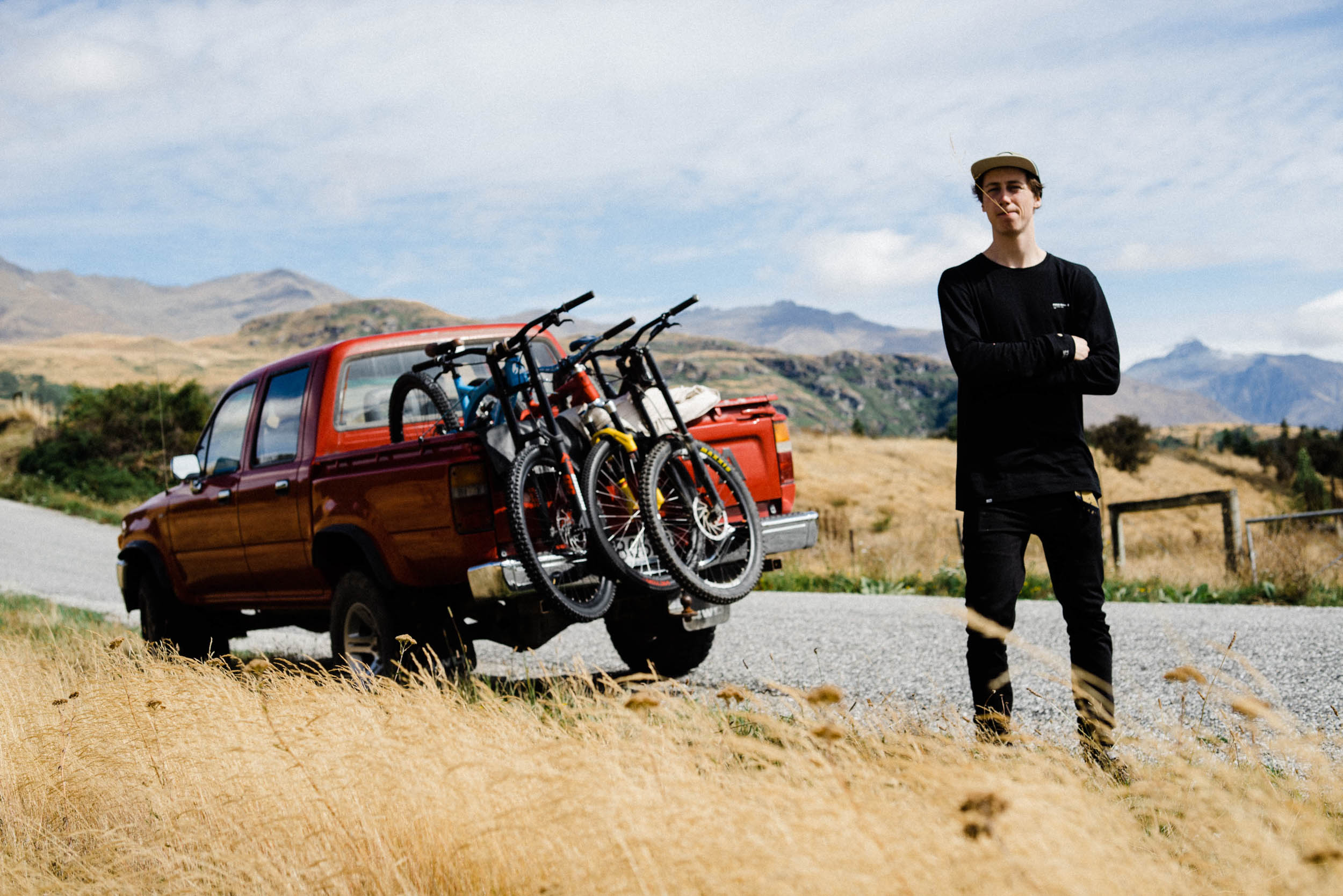 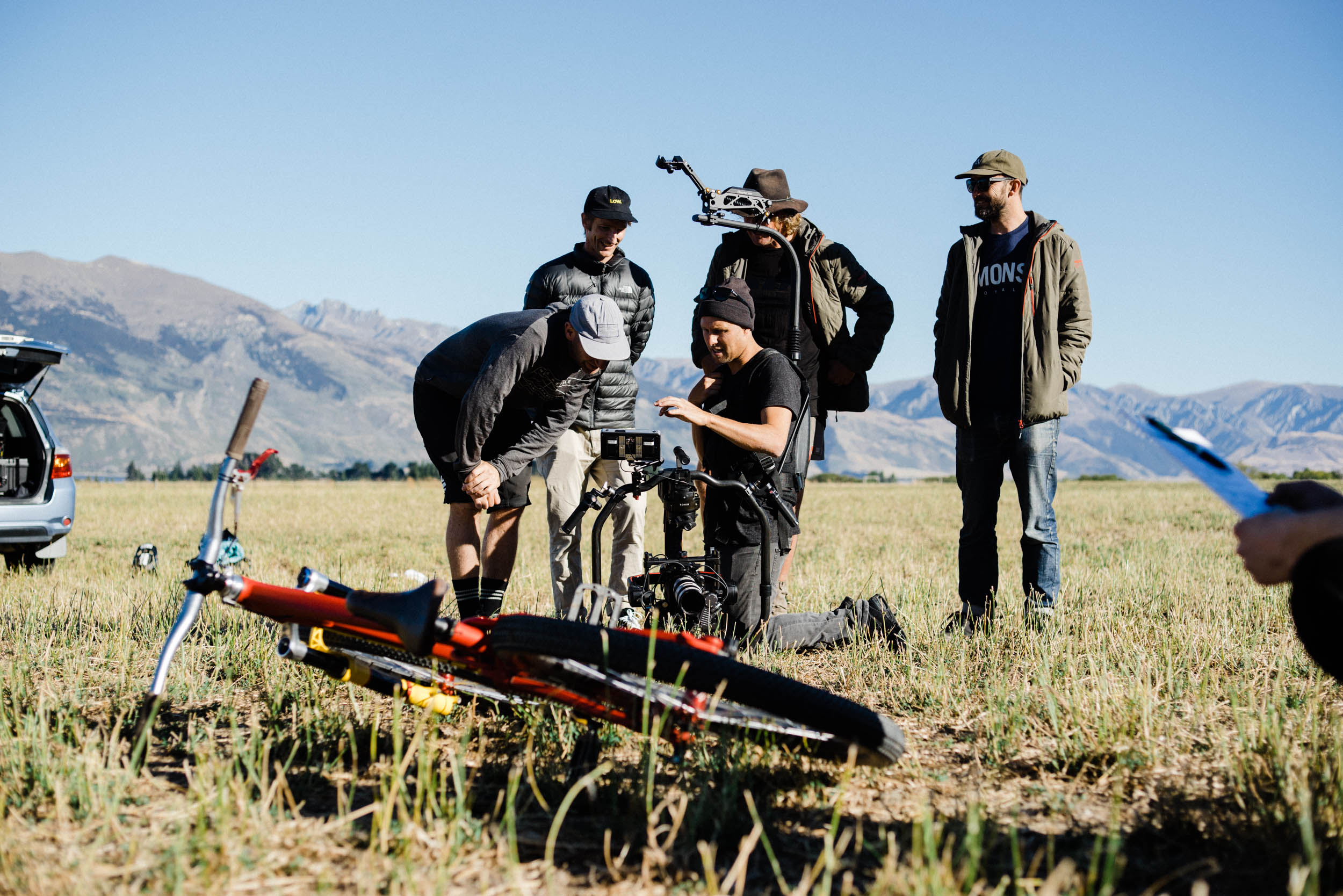 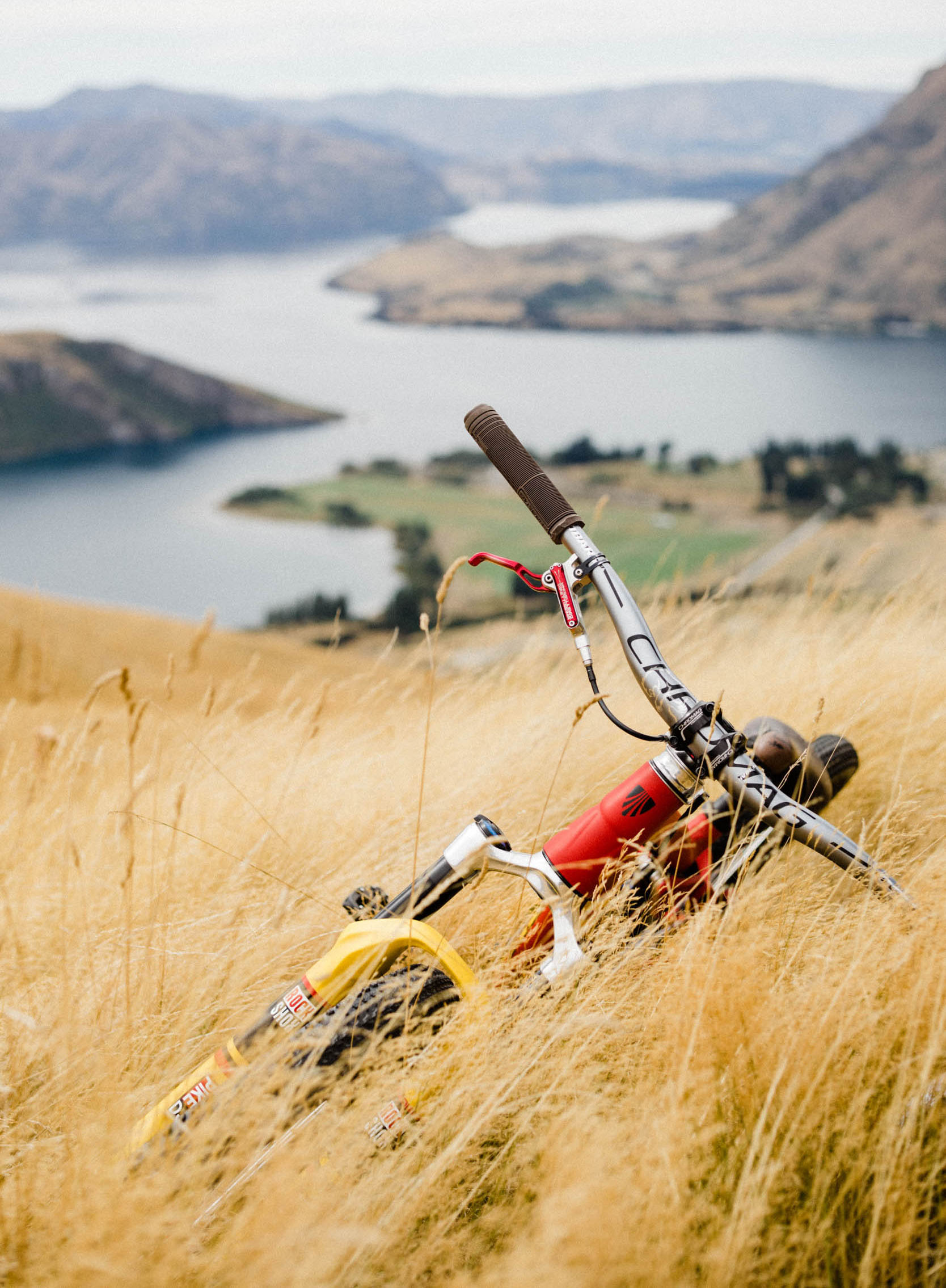 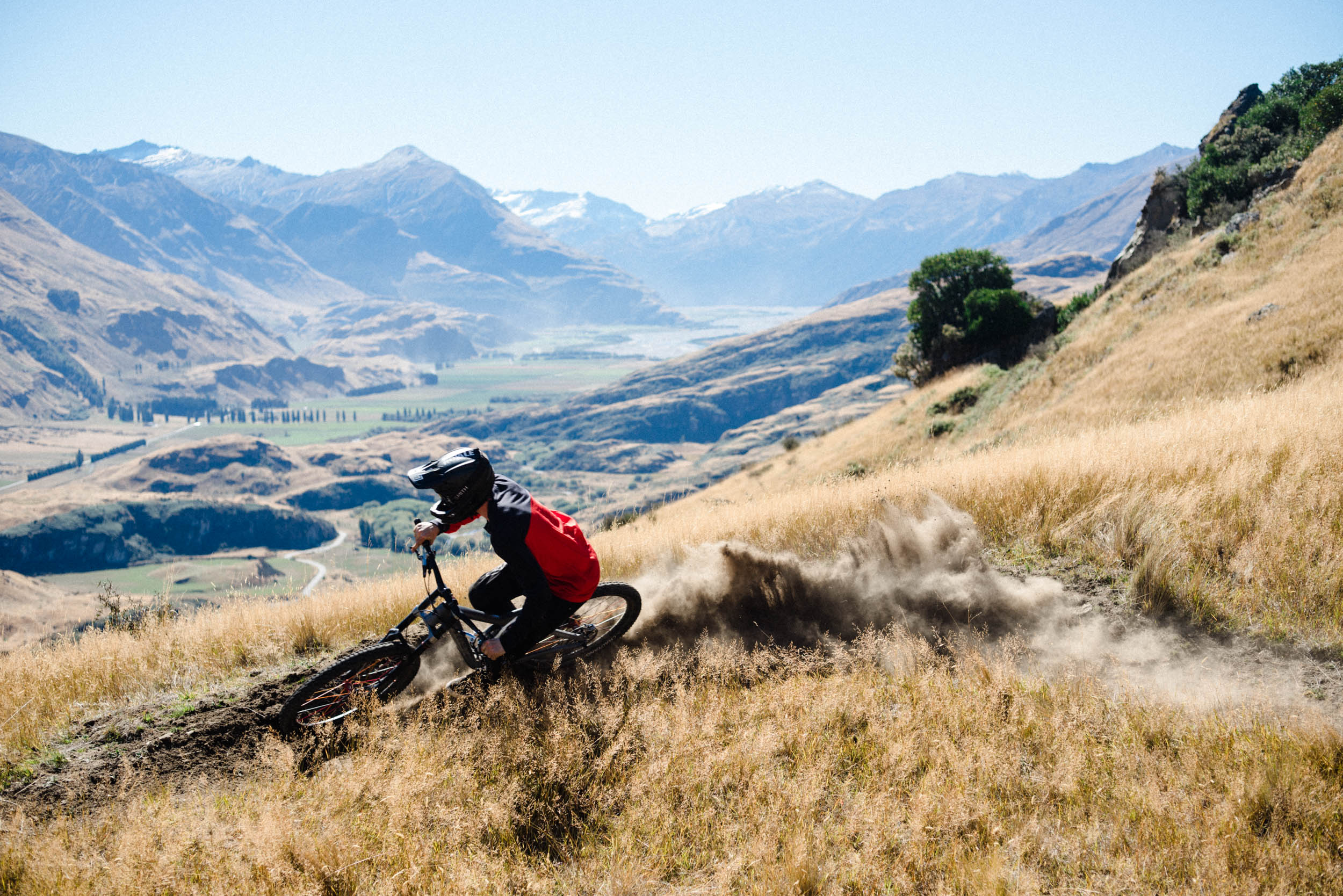 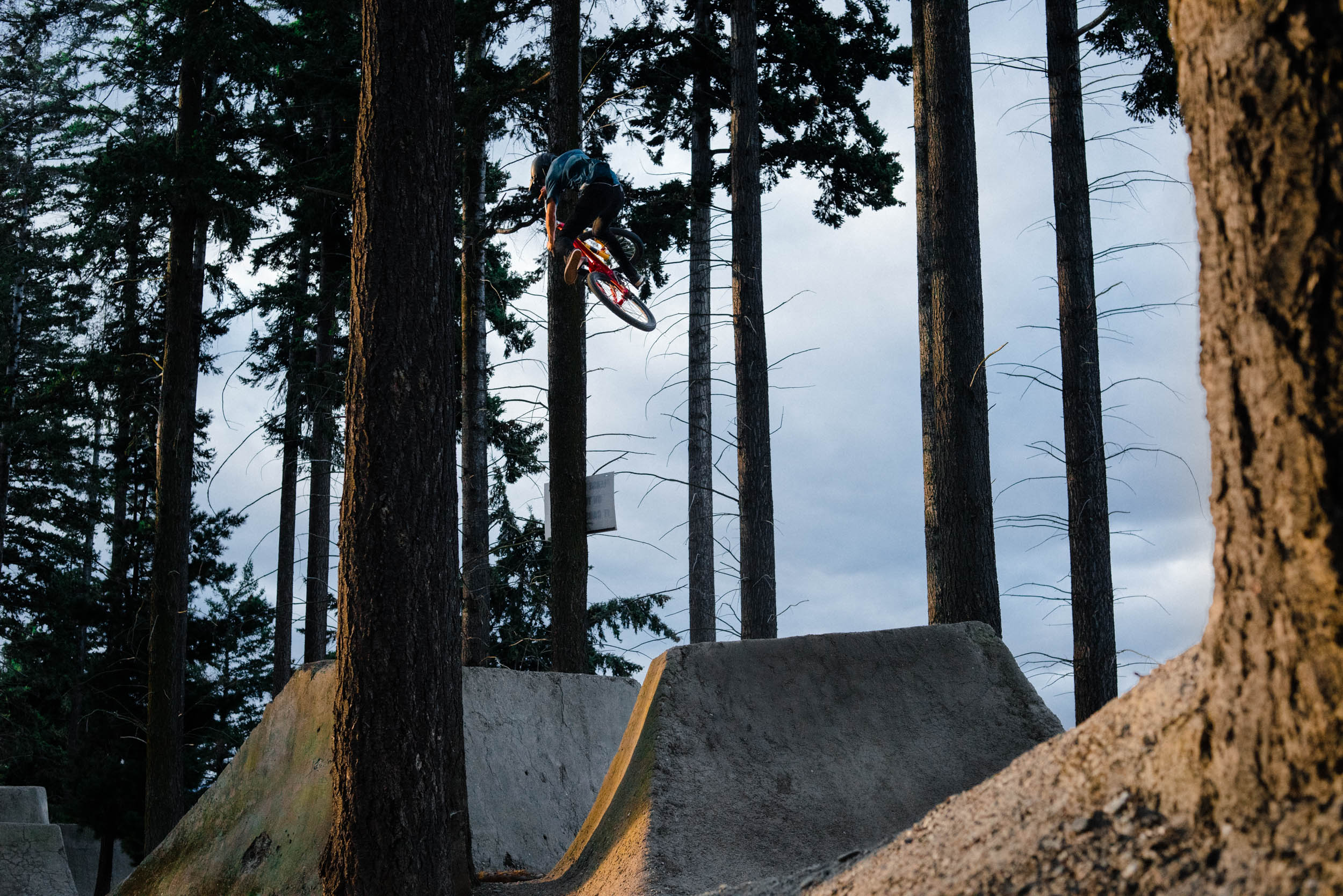 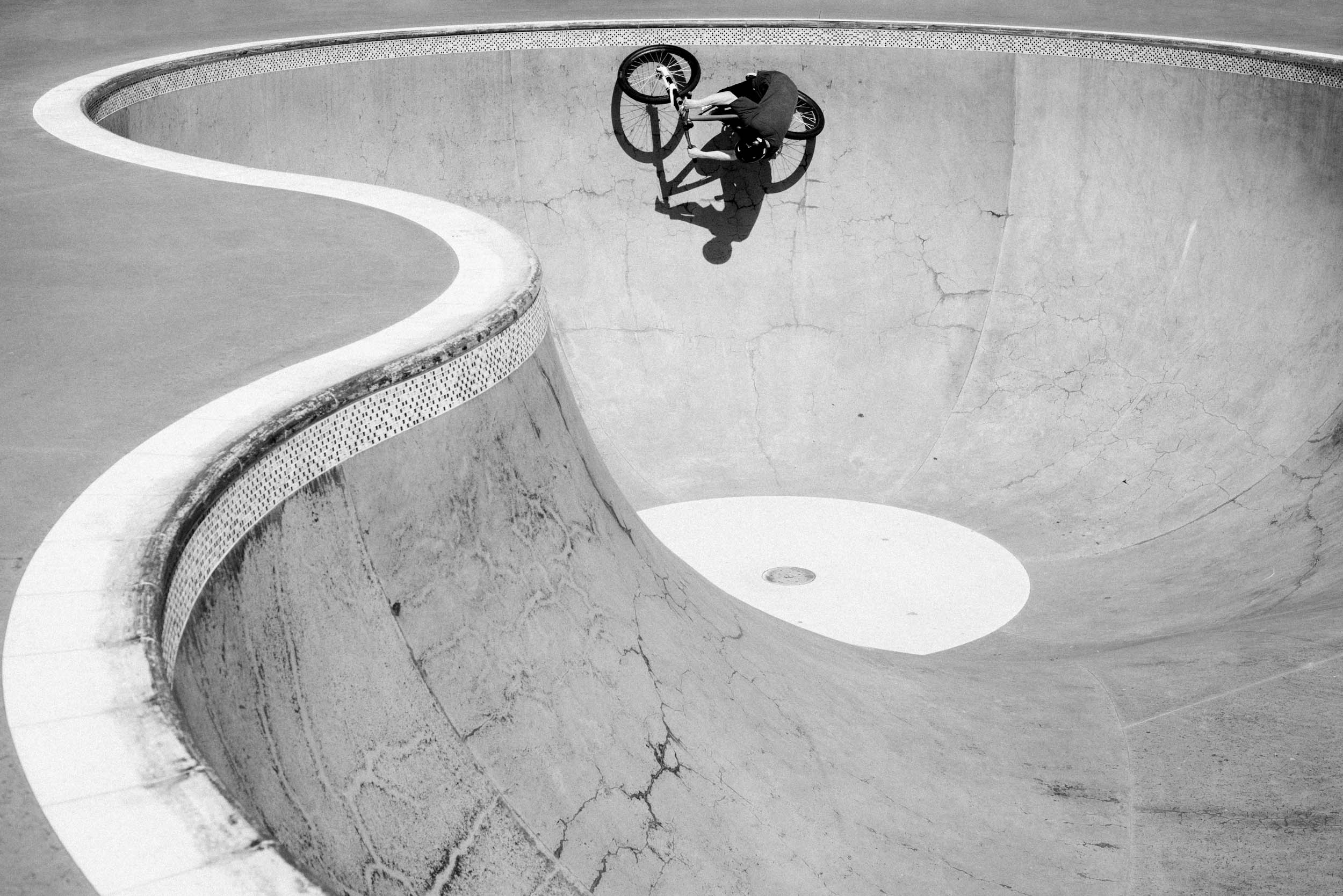 
All packed up in Wanaka, the trip continued towards Christchurch passing over Arthurs Pass. Caching the sunrise in the mountains is always the most beautiful scenario. Arrived at midnight, set an alarm at 4:30AM and into the dark we go. Spot on, as we've made it to the peak the first sun rays already showed up. 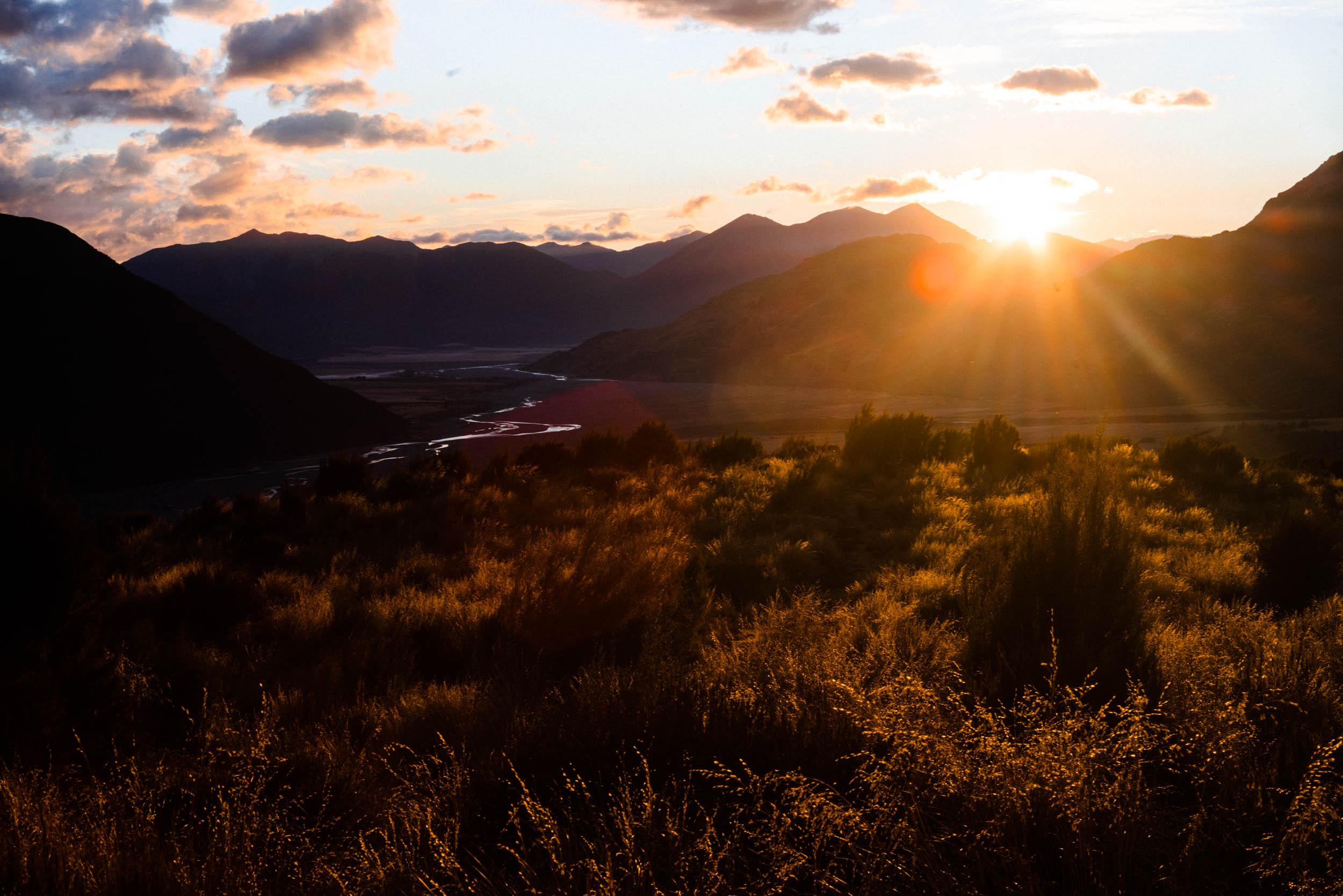 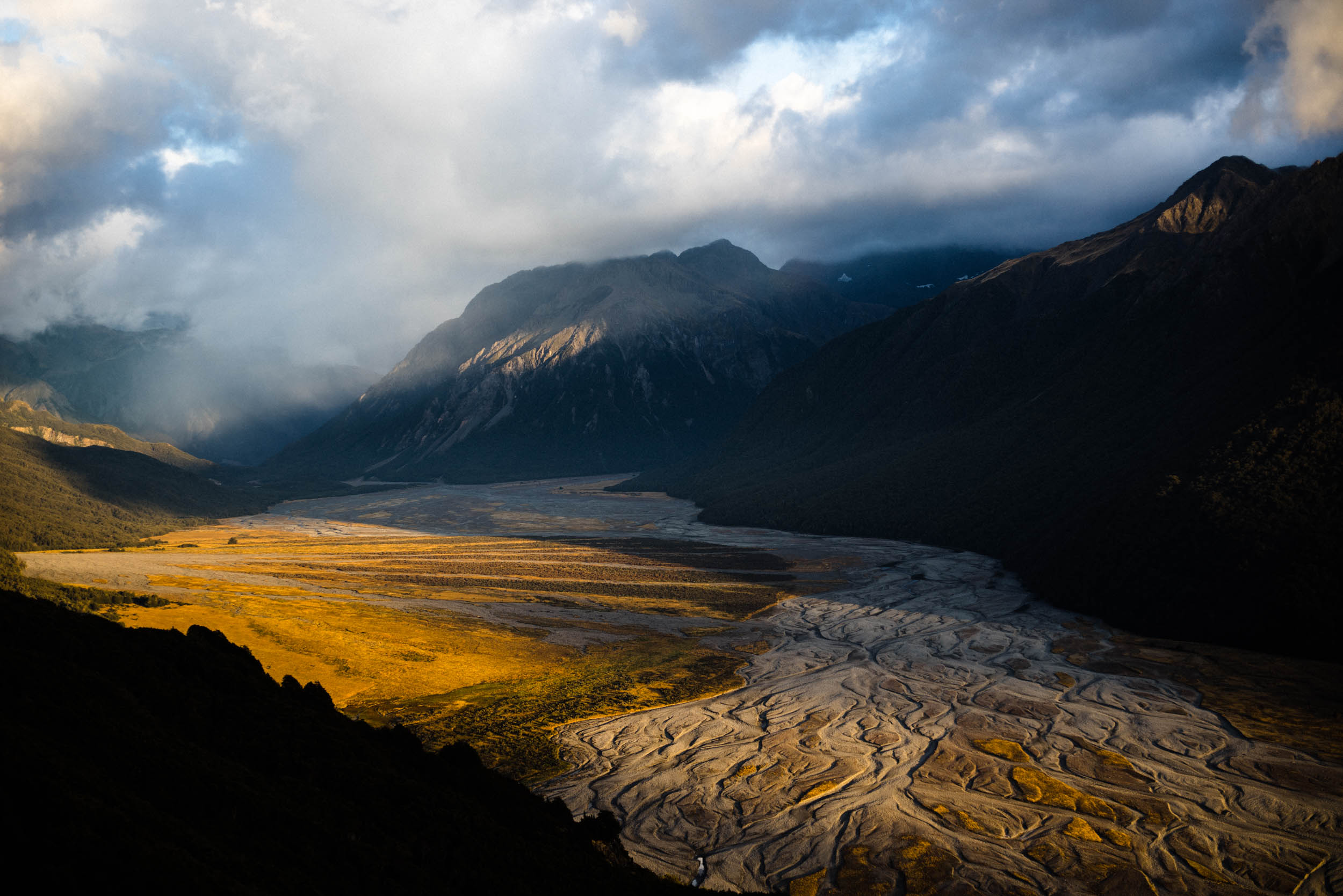 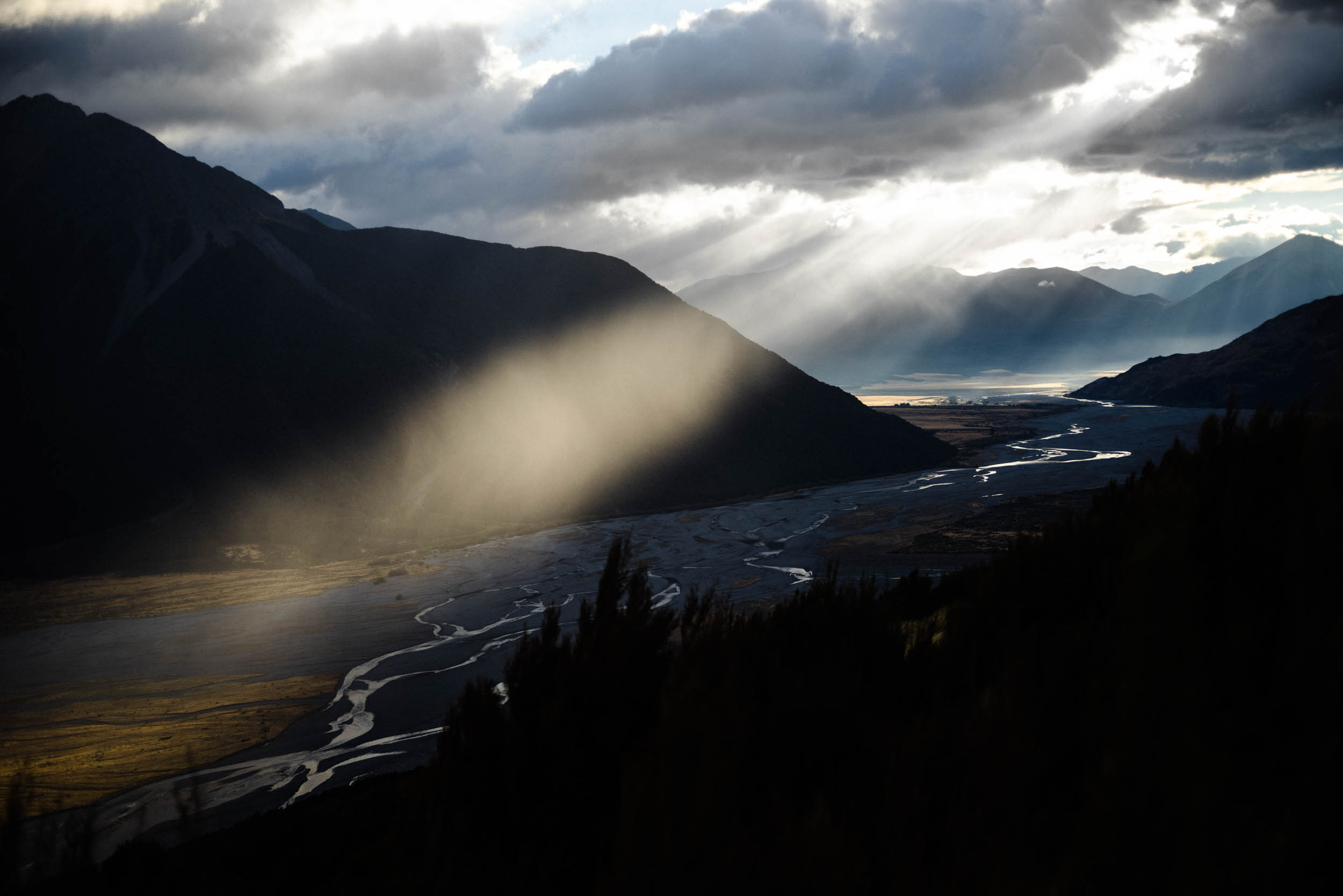 Shortly after the ferry ride to the North Island we already put tires down on NewZealand's 'Dirt Farm'. More jumps than brake bumps, shuttle service only and unlike any other Bikepark. After sending a Frontflip to flat and pulverising my headset on my Downhill bike, the Slopebike had do it's best - well, the trails are mostly Jumps anyways. 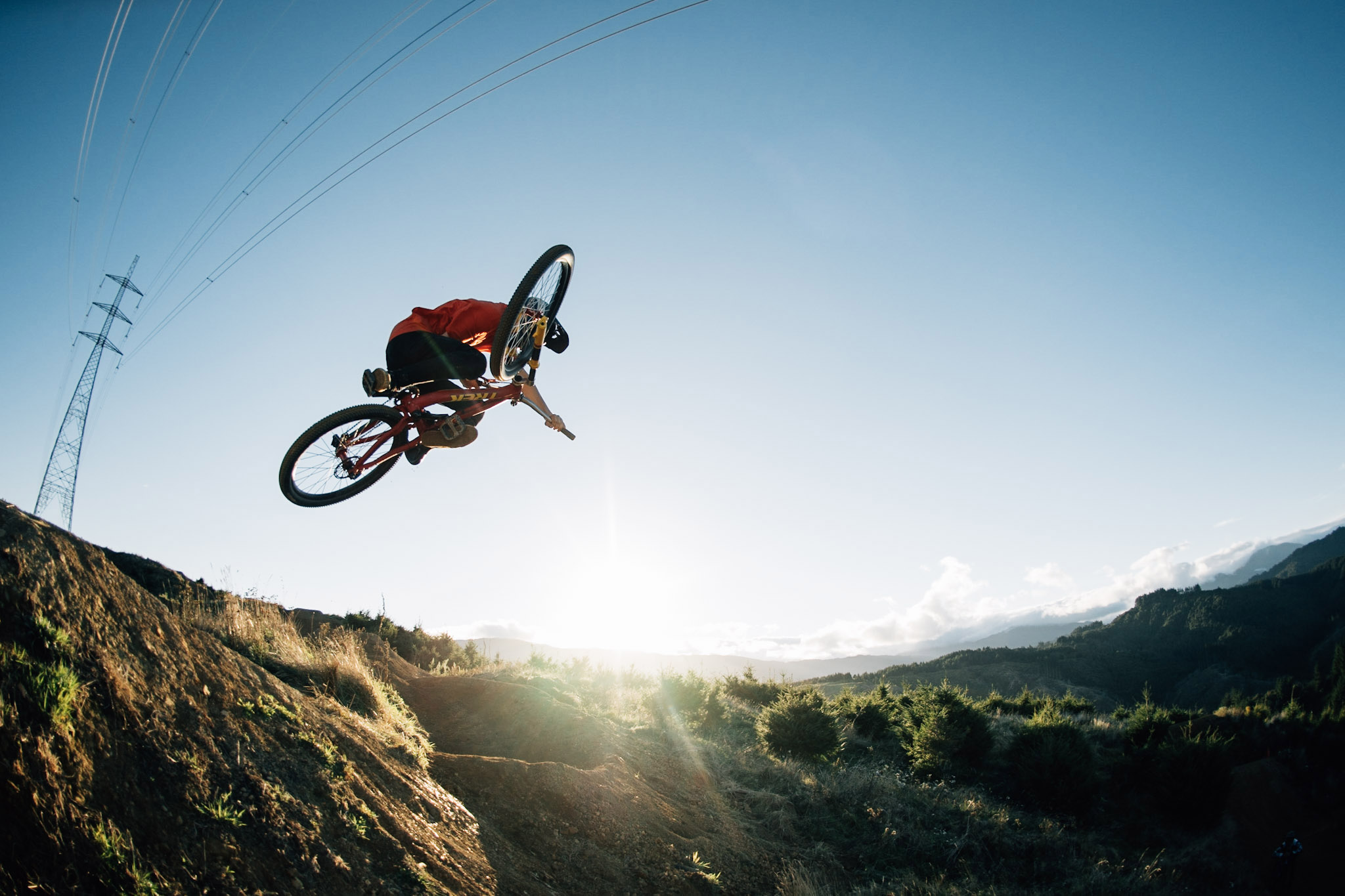 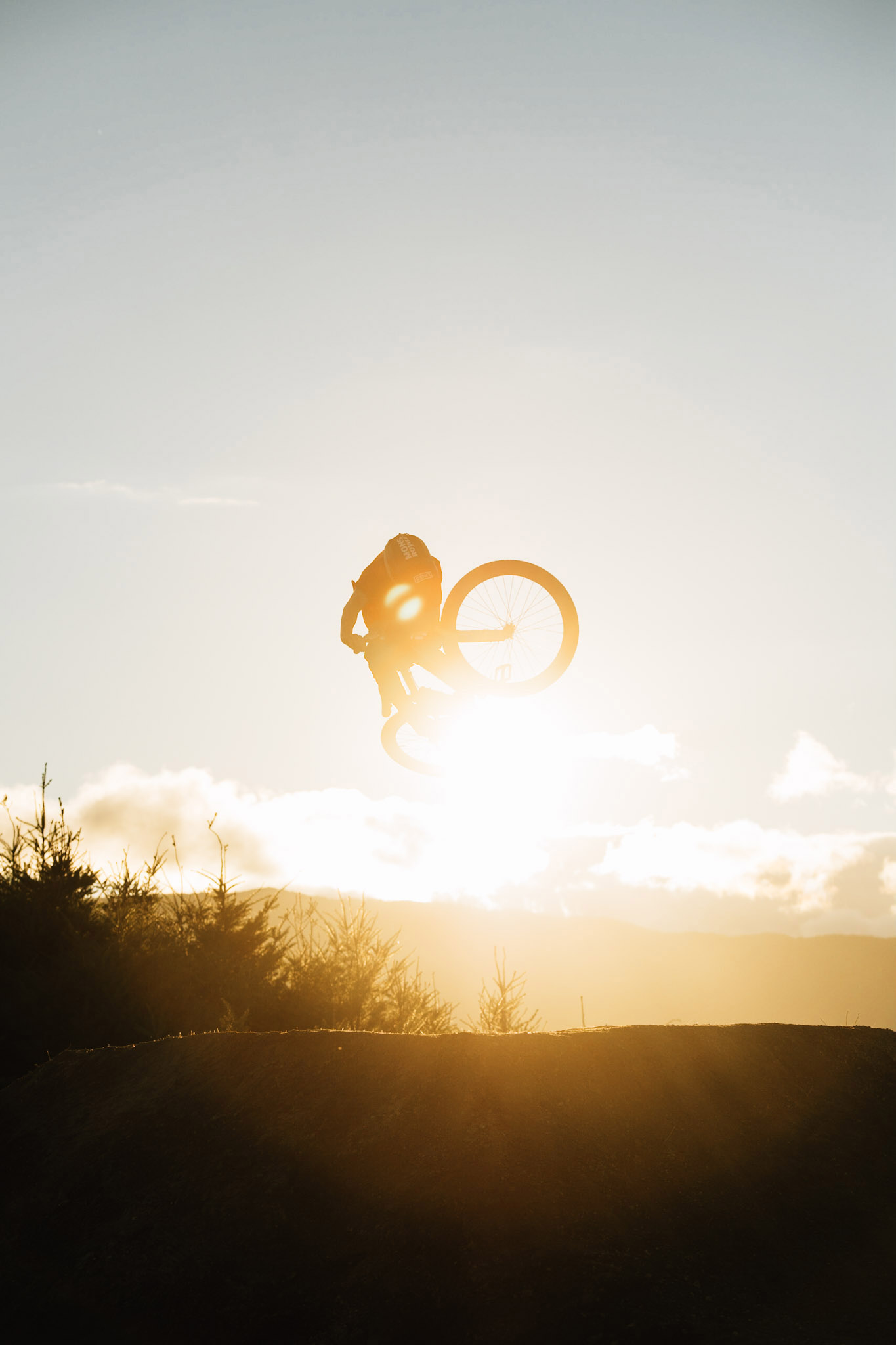 
The last week riding bikes down under and I couldn't have wished for a better one. Had a few mechanicals during Crankworx Speedn'Style, Brett was super kind and lend me his 2nd bike for the day - pointless, washed out in the same berm twice anyways. Ending up on the top step of the WhipOffs later that day then made up for the Speed and Style. What a dreamy end to such an amazing trip. 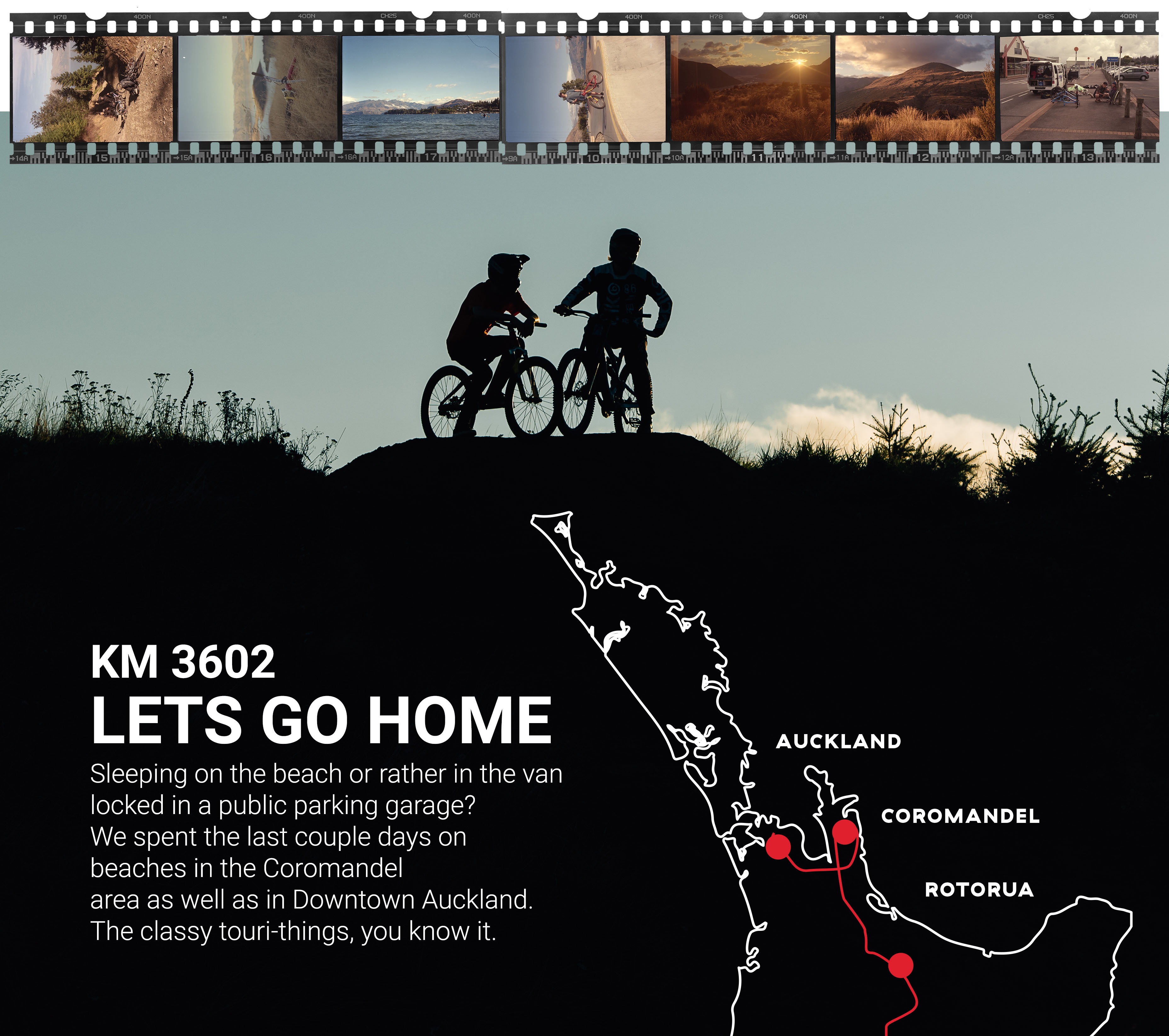